History of ESE at Penn 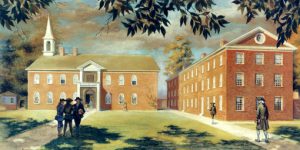 1740: Recognized as the founding date for the University. In this year, the Trust for the Charity School of Philadelphia was established.

1850: Generally looked upon as the date to which Engineering at the University of Pennsylvania can be traced. 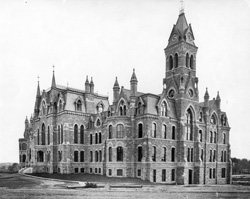 1872: College Hall was dedicated and the West Philadelphia campus of Penn opened. The “Scientific Course” was enlarged and established as the Department of Science in the east wing of College Hall. Courses of Study in Analytical and Applied Chemistry and Mineralogy, Civil Engineering, Mechanical Engineering, Geology, Metallurgy and Mining were offered.

1875: The Department of Science was renamed the Towne Scientific School in memory of John Henry Towne, Esq, a University Trustee. 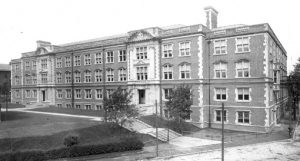 1914: The Department of Electrical Engineering was established in the Towne Scientific School. 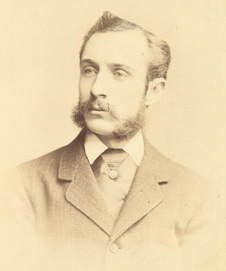 1923: The bequest of Alfred Fitler Moore endowed the Department of Electrical Engineering in the Towne Building as The Moore School of Electrical Engineering. Mr. Moore had directed in his will that a school of electrical engineering be founded as a memorial to his parents, Joseph and Cecilia Moore, but the trustees of his estate realized that the establishment of an independent school would soon exhaust the $1.5 million fund. Hence, they decided to merge with the University of Pennsylvania. Space and modern equipment were already available in the Towne Building, and Dr. Pender was appointed the first Dean. The west entrance of the Towne Building became the official “front door” of The Moore School.

1924: On February 5, a ceremony attended by more than a thousand distinguished quests marked the inception of The Moore School of Electrical Engineering. 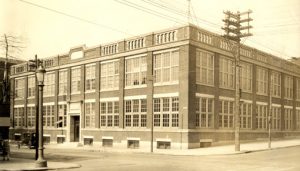 1926: The University purchased the Pepper Building, which had been occupied by a company which manufactured horns and published music. The melodious sound of horns being tested has long since given way to the sounds of the classroom. In the fall of 1926, after alterations had been completed, the building was officially occupied by The Moore School. 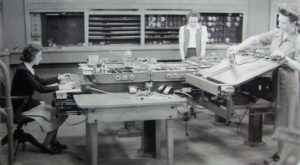 1935: The Differential Analyzer was completed, which was the world’s largest mechanical computing machine. It was built in the basement of The Moore School and was used extensively in the computation of ballistics tables before the invention of the ENIAC. 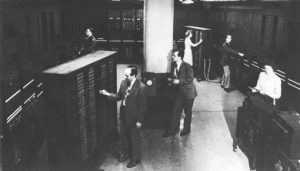 1946: ENIAC, the world’s first electronic large-scale, general-purpose digital computer was dedicated. The first computer course was also offered (graduate-level, through Electrical Engineering). In the summer, a third floor was also added to the Moore Building to accommodate research staff.

1952: The Electromedical Division of The Moore School was established, creating the first significant laboratory effort in its field in the country. 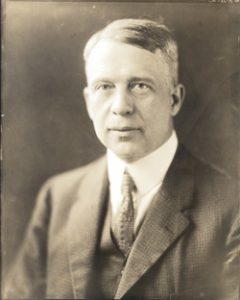 1958: The Harold Pender Laboratory of Electrical Engineering, south of the main building, was opened to provide modern additional office and classroom space.

1967: The Graduate Research Wing (GRW) of The Moore School was completed in February.

1969: At the Commencement held on 19 May, the University awarded the degree of Master of Science in Engineering for Graduate Work in Computer and Information Science (at the time under the jurisdiction of Electrical Engineering) to Elaine J. Weyuker, Carol Faith Lieb, Carol Ann Persons, and Ruth Virginia Powers. They were the first women to earn the M.S.E. in Computer and Information Science degree at Penn.

1986: The Departments of Civil Engineering and Systems Engineering were reorganized as the Department of Systems, and the Center for Sensor Technologies was established. 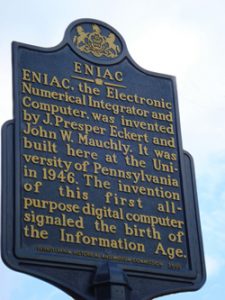 2000: A Pennsylvania State Historical Marker was dedicated in June in honor of the ENIAC’s contribution to the world of computing. The marker stands in front of the Moore School building on 33rd Street.